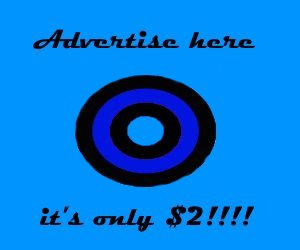 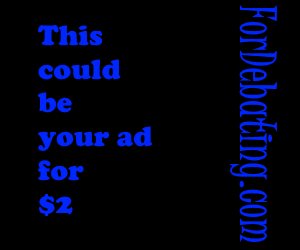 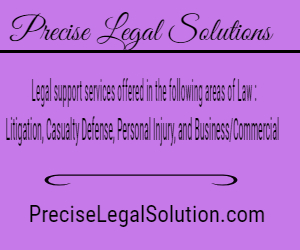 Here at ForDebating.com we feel like disagreeing with someone shouldn’t elicit an emotional response. We welcome and respect all races, genders, cultures, etc. This can lead to some wonderful newer perspective, and debates, but it can also lead to misunderstandings and hurt feelings. We are big supporters of the freedom of speech, but as a website we must balance that with creating an enjoyable community for all. This code of conduct has been put in place as a general guide of what the expected behavior is on this website.

Something to keep in mind, we see our community is our most valued asset, and believe that everyone has something unique and positive to add. This site cannot function without users engaging in debates and discussions, but the most interesting and active discussions tend to also be the most emotionally charged. So, we encourage all our members to question ideas, opinions, policies, topic, etc without attacking them. We are looking for our members to respect and consider the value of opposing views and the people who present them.

Something that is unusual with this site is that it allows profanity, and we understand many do not like to see or hear profanity, it tends to make bad situations worse, and the decision to include it was not taken lightly. We have done our best to denote the areas of the website where profanity is allowed. If you do not wish to see or hear profanity do not go into these areas. The upside is mature conversations are acceptable but again there needs to be balanced against vulgarity. It should be noted that profane areas are given more leeway to bend the rules when it comes to the code of conduct for this site.

If you do see or are part of, a situation where it’s turned into harassment, or attacking we ask users to attempt to resolve issues directly that individual, but if needed the escalation path is to first let the violator know their behavior is unwanted. If they continue report the offensive behavior, post, or debate and then walk away. (we’ll take it from there)

This code of conduct applies to all areas of the website including but not limited to debates, forum, signatures, comments, judgements, mail, images, links, or discussions.

*If you attempt to use this site to abuse children, not only will we comply with the cops, we will help them in whatever means we can legally to make sure you go to jail.


B. Gender attacks. This includes but is not limited to sexual slurs, slut/fat shaming, using profanity to imply that women are weak (pussy) and men are strong (grow a set of balls), etc.

C. Racial attacks. This include but is not limited to calling people racial slurs, attacking traits associated with a race, stereotyping a race as “bad”, etc.

D. Attacks against the human race are not acceptable. This include calling everyone stupid, a waste of space, loser, etc

2) Personal attacks are not acceptable

A. Name calling is not acceptable. This includes but is not limited to calling someone stupid, ignorant, ugly, fat, hideous, retarded, loser, etc.

C. Threats to do physically or sexually harm are not acceptable. This includes but is not limited to telling someone you are going to kick their ass, punch, kill, rape, burn for all eternity, etc.

D. Using a group as a personal attack is not acceptable.


E. Attacks by proxy are not acceptable. For example: Anyone who believes X is stupid, I’ll kick anyone’s ass who said that, only a idiot would believe that, etc.

** Exceptions to the personal attacks rule**

Debates or forum posts which are created for the explicit purpose of insulting each other. Rap battles, Cussouts, Dis the previous poster, etc (these post should have the profanity flag)

3) You can attack groups within reason

A. You can direct profanity at groups, companies, organizations, etc.
For example: The government is stupid and evil

B. Group attacking as a personal attack proxy is not acceptable.
For example: Someone you are in a debate with says they were an eagle scout, and you respond with “The scouts are stupid”
Just because you can attack a group in general, doesn’t mean you can use it to bypass the rules about personal attacks. (this includes religious groups)

C. Attacks on racial or gender groups is not acceptable. This even holds true for those of the race or gender which is being attacked.

A. Releasing others personal information is not acceptable.

B. Harassment, trolling or any other form of pot stirring is not acceptable

E. Spamming is not acceptable

F. Impersonating staff is not acceptable

*you can put a reasonable advertisement in your signature
*you can post a video from your channel of you using FD in the “ForDebating.com videos”, give a brief description of your channel, and link ONE time. (additional posts are approval only, contact a mod).

H. Don’t attempt to bring down our site

I. Don’t attempt to hack our site, or our guests/users

J. Don’t circumvent the ToS or CoC, or try to use loopholes to break their spirit.

L. Don’t harvest any data from this site


6) On the dirty joke section

We feel that at their basic nature someone is the “butt” of any joke, and expect the dirty joke section to be one of the most difficult sections to moderate so show caution before entering that area of the website as more leeway is given here. Jokes also tend to stereotype which is racist, or sexist, or some other form of ist, but on ForDebating the joke’s intent should be humor, not degrading, insulting, or threatening. So an acceptable sexist joke would be something like – Romance movies destroy relationships because they deceive women into thinking that those kind of situations actually happen in real life… men are equally deceived by porn movies. An unacceptable threatening joke like this is not - What do you call 100 lawyers at the bottom of the ocean? A good start. We understand that many enjoy morbid humor, but don’t feel like it adds value to ForDebating community in general.

Any moderation that is done will posted the before screenshot in the profanity section in a sticky thread call “below the belt”. This thread will be locked, and used only by moderators but if you disagree with the judgement or punishment you are more than welcome to create a debate or forum post on the matter and discuss it. (or just post in the “Coveny’s an asshole” thread)

These expected behaviors on this website are by no means exhaustive. They are subject to change without notice so please check back here regularly. (and make suggestions for points of clarity) There is no requirement about the response the website will or will not take when a user breaks these. We do however, reserve the right to punish the violator as we see fit up to and including permanently banning that user from the website.

This isn’t a bar fight, keep it above the belt.